An alternate Miami. An alternate 1987. A Dystopian reality in which Technology has advanced far beyond our own world’s. The city of Miami struggles to keep it’s head above water as crime spirals out of control. However, In this hub of arms trading and drug dealing lives a man that stands against it all. Jack Lancer. The MIAMI COP.

Jack Lancer leans against his Ferrari Testarossa, sips his flask and blankly stares at his cybernetic arm when suddenly a dangerously fast vehicle containing a known criminal speeds past. Jack is a Cop working for the Miami City Police Department, and he knows it’s time to catch some perpetrators in a “Miami Beach Chase”. 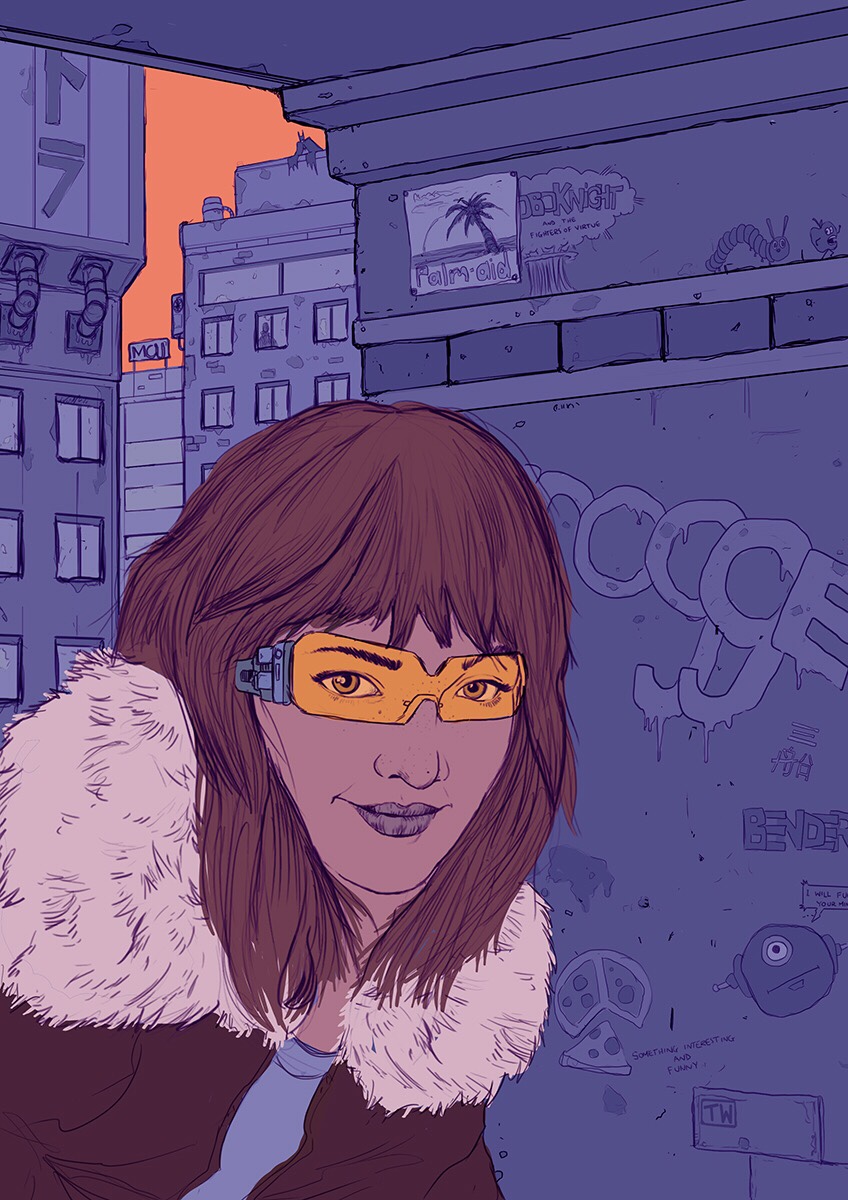 After a regular day fighting crime and being screamed at by Captain Maurice Carson for inadvertently destroying city blocks whilst in the pursuit of criminals, Jack returns to his house only to find an empty, lonely place that he had once called home. He sits in his worn leather armchair and pours a whiskey as he remembers the good times with his ex-wife Holly. In these moments a rare happiness washes over Jack as he recalls the past in his “Flashback to Holly”. 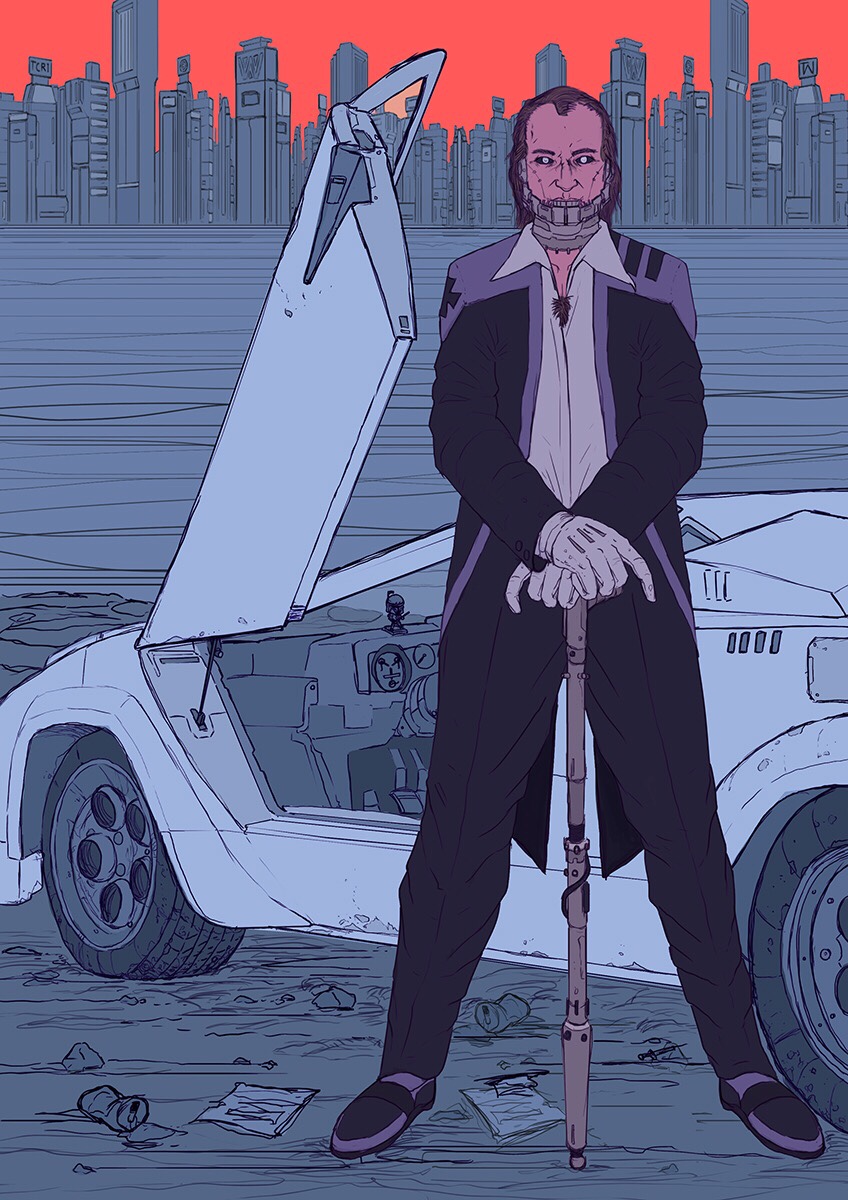 Baron Cleeth pulls up to an abandoned warehouse in the dead of night. He pops the trunk of his car to reveal a terrified and filthy looking middle-aged man, bound and gagged. Cleeth cuts the rope that binds the potentially homeless person’s arms and legs together and lets him out of the trunk. “Run” whispers Baron to the petrified prisoner as he scrambles away and bolts into the nearby woods. A small gang appears from the warehouse as Cleeth pulls a large case from his car and opens it, revealing a plethora of weaponry. “Please, test the weapons, enjoy the hunt and be sure to purchase whatever you like afterwards” insists Cleeth. The gang all display a sinister smile as they choose their preferred guns and proceed to wander into the woods.

Jack travels to see Holly in a desperate attempt to win her back. Jack thinks that with some flowers and a simple apology he can erase 2 years of drunken aggression and neglect. He’s wrong. Holly let’s him into her apartment only to give him a piece of her mind. “2 years of pain, Jack. I can’t go back to that again. I can’t be with that person anymore”. Jack looks down at the ground like a boy who’s being scolded by his mother as Holly continues to vent. “I understand that you lost your arm. I understand that the Red Cobra Syndicate tortured you and took it from you. And I’m sorry for that, I really am. But I just can’t be with the man that it’s caused you to become, Jack. I can’t.” Jack turns, drops the flowers, walks out to his car whilst furiously scrambling for his hip flask and proceeds to drink, thus ending “The Visit”.

Jack and his partner Gayle Grayson have received a tip-off pinpointing the location of Baron Cleeth’s warehouse, allegedly containing a large supply of weapons that Cleeth and his men have been storing. Jack’s rival in the MCPD, Spider Sanchez, decides to put a raid team together without Jack and try and beat him to the arrest, and is already en-route to the location. Jack and Gayle, despite the lack of preparation also head to the tip-off point in a bid to get there before Sanchez. They succeed. The duo park up near the location where a number of Cleeth’s men wait. Jack and Grayson take out several henchman in a thrilling shoot-out before arriving at the warehouse. It seems quiet and empty as Jack and his partner prepare to enter through the front door. But as soon as Jack pushes open the door, he hears a click. It’s a trap.

Jack wakes up in the hospital with Captain Carson by his side. “The bomb, It was a warning, Jack. You made a stupid mistake, you’re lucky that you’re alive!” exclaims Carson as Jack opens his eyes to see the chief’s usual unimpressed gaze staring back at him. The next thing that Carson says are the words that change Jack Lancer forever. The words that begin to fix “The Broken Man”.

Upon hearing Chief Carson’s profound and awakening words Jack decides to change his life, and in a thrilling montage of events he begins to put things right.

Lancer discards of his alcohol and stops drinking. He cleans his apartment. He washes his car. He investigates and finds the real location of Baron Cleeth’s arms warehouse. He trains his cybernetic arm for combat (which is something that he’s never done due to despising what had replaced his real limb). Jack seems to have emerged from the darkness and into the light as a new man, ready to go into battle once again. But there’s something he must do first. He prepares a letter for Holly as he comes to the end of “The Montage”.

Before departing to the location of Baron Cleeth’s warehouse, Jack delivers a letter to Holly’s mailbox. Holly finds the letter and begins to read.

Meanwhile Jack and his loyal partner Gayle Grayson along with a raid team lead by Spider Sanchez, put on their combat suits and prepare for the life threatening raid that awaits them. As the MCPD enter their raid vehicles in the pouring rain Holly sits at home and sheds a tear as she reads “The Letter”. 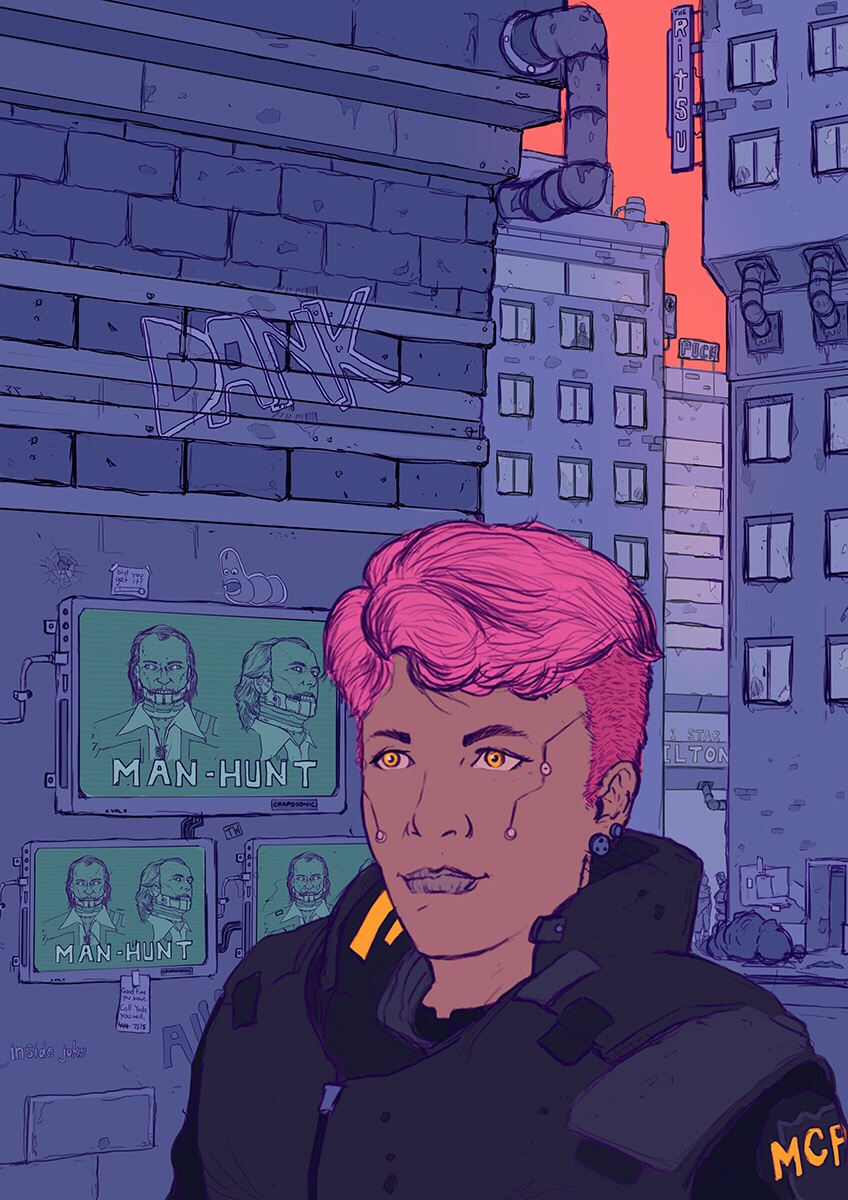 Jack and his team join Captain Carson and what seems like the entire MCPD outside Cleeth’s hideout. After Baron Cleeth refuses to come out and surrender, Jack and his small team led by himself and Gayle enter the warehouse. A thrilling shootout ensues which leads to Gayle being shot in the arm and almost killed by Cleeth. An enraged Jack powers up his arm and proceeds to battle Baron Cleeth one on one as explosions caused by gunfire begin to destroy the warehouse. Jack and Cleeth fight through fire and debris until Jack eventually delivers the final punch that smashes his enemy through a window to the outside of the warehouse. The police crowd around a barely conscious Baron and proceed to cuff him as Lancer looks on.

Gayle is taken to an ambulance on a stretcher as the fire department attempt to put out the flames on the warehouse, and Captain Carson walks over to a crawling, exhausted Jack. “You did good kid” smirked Carson, extending his hand to help Jack to his feet. Carson pulls up Jack and smiles before congratulating him on his victory; “You’re back kid. You took your time but you did it. You finally came back to us. You’re a cop again. But not just any cop, you’re the MIAMI COP”.